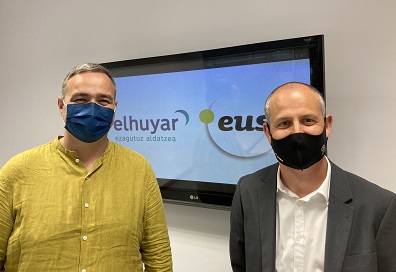 Elhuyar’s machine translator Elia will be offered to websites that have the .eus domain so that content can be put into Basque

CTo mark Global Internet Day, Elhuyar and the PuntuEUS Foundation have today signed a collaboration agreement designed to intensify Basque use in the digital environment. Thanks to this agreement, the aim is to take advantage of advances achieved for Basque in artificial intelligence so as to strengthen the presence of Basque on the Internet.

According to data gathered by the PuntuEUS Observatory, in 2017 there were approximately 162,000 active websites in the Basque Country. Only 16% of them had content in Basque. Now, by harnessing technology, the aim is to be able to offer Basque content more easily.

The first step in this collaboration will be to embed Elhuyar’s Elia machine translator in WordPress. A plugin for WordPress will be developed and be made available to the .eus domain websites so that content can be automatically translated.

Bearing in mind that WordPress’s global utilization rate is estimated to be 40%, approximately 65,000 websites in the Basque Country are based on that technology. So this project to strengthen the presence of Basque will have a significant sphere of influence and usability.

Elhuyar and the PuntuEUS Foundation have been working together for many years, but now they have agreed on a new line of work. Therefore, a special campaign will be launched so that Basque will have a bigger place and stand out in all the websites that have the .eus domain.

As Josu Waliño, the CEO of PuntuEUS, pointed out, «as a result of Covid, the digitization of services has expanded over recent months; small traders and enterprises, in particular, have had to extend their offer to the Internet by digitizing their businesses. In this process the PuntuEUS Foundation has been keen to contribute towards making space for Basque, by influencing, from Basque, the digital transformation our society has undergone».

Jon Abril, the CEO of Elhuyar, also expressed optimism thus: «We are delighted to have the opportunity to spread Basque throughout the digital sphere together with PuntuEUS, and that the Basque language technologies developed over many years can be applied in order to achieve such aims.»

Indeed, the development of technology to automatically translate the websites produced in WordPress and share this with society is the first step down a new road for the two organisations. As stated in the agreement, the aim is to establish the machine translator in more areas, such as in the ni.eus email service. 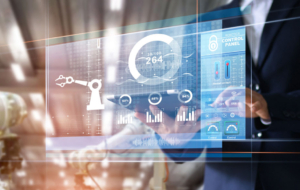 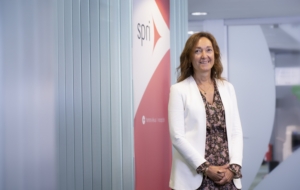 5 October, 2021 Digitalisation
SPRI Group will propose at the World Manufacturing Forum transformative actions to enhance the presence of women in the manufacturing industry
Read more 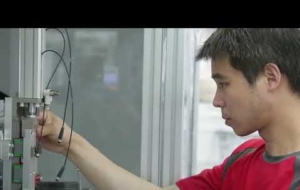 1 October, 2021 Digitalisation
Modragon Assembly: how to increase the level of performance of manufacturing lines
Read more 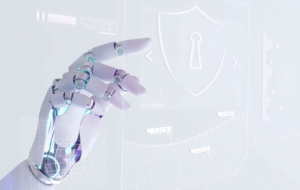 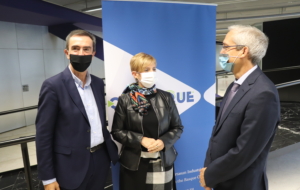 2 March, 2021 Cybersecurity
Registration period to participate as a trailblazing company in the open innovation programme BIND 4.0 is now open
Read more
Go to the blog
What topic interests you most? Filter