The Spanish Group on Fracture (GEF) held its annual meeting this past March 9-11, was organized by Ceit-IK4 and Tecnun 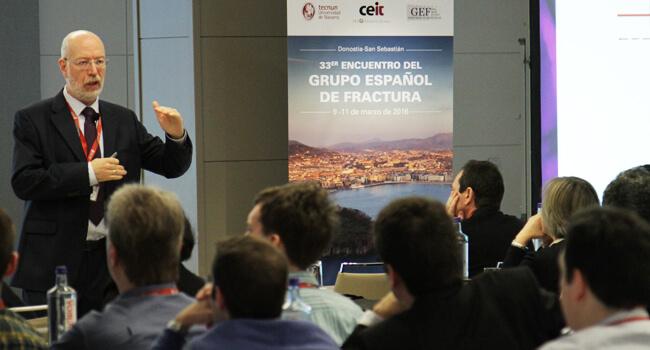 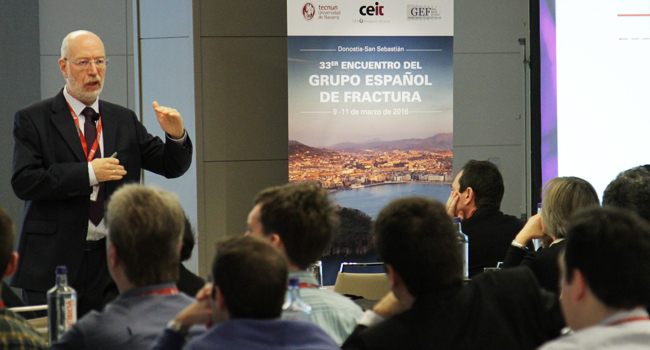 The Spanish Group on Fracture (GEF) held its annual meeting this past March 9-11 at the Hotel NH Aranzazu in San Sebastián. This 33rd edition was organized by Ceit-IK4 and Tecnun, and 140 people participated in the various talks and presentations on the behavior and fracture of materials.

Highlights were the plenary sessions led by Matthias Bruchhausen, Petr Dymacek, Koldo Ostolaza and Jose María Rodriguez Ibabe. Another 85 oral presentations made up a diverse program that covered topics from nanotechnology to civil engineering, with a special session devoted to small scale testing.

There was also a round table session entitled “The Needs of Industry.” Participants included companies such as CAF (Aitor Landaberea), ITP (Koldo Ostolaza), Iberdrola Generación (Samuel Pérez), and ENSA (Pedro Verón). The session was moderated by Alberto Fernández, the Director of Technology of SPRI.

Despite the full program, activities were not limited to only scientific sessions. Attendees took a city tour of San Sebastián and were invited to watch a professional cesta-punta match at the Jai-Alai Fronton in nearby Hondarribia.