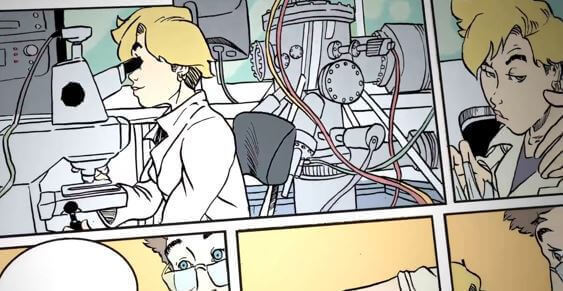 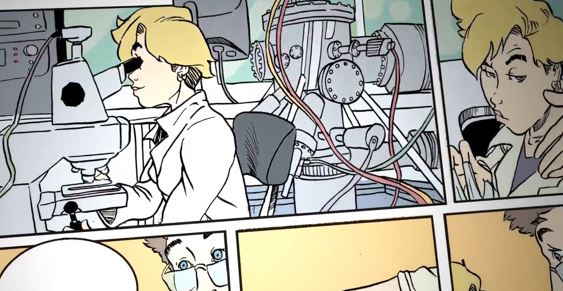 The CIC nanoGUNE and Donostia International Physics Center (DIPC) research centres have presented the comic ‘Dayanne and Murillo. The Power of Nanoscience’ in San Sebastián. This is the result of the nanoKOMIK project, whose aim was to create the first participatory nanofiction comic book in 2016, co-funded by the Spanish Foundation for Science and Technology (FECYT) – Spanish Ministry of the Economy, Industry and Competitiveness. The event was attended by Ana Arrieta, Vice Chancellor of the Gipuzkoa campus of the University of the Basque Country (UPV/EHU), and the directors of the centres organising nanoKOMIK, Txema Pitarke (CIC nanoGUNE) and Ricardo Díez Muiño (DIPC).

Huge scientific progress made last century has enabled nanoscience to become a reality. Thanks to quantum mechanics we understand the properties and phenomena that arise out of matter on the nanoscale and large microscopes can manipulate atoms one by one. This new field of science opens up endless possibilities and will have great repercussions on different sectors, ranging from medicine to construction, which will bring about significant changes in our lifestyle.

Well aware of this situation, the CIC nanoGUNE and DIPC research centres have promoted nanoKOMIK, a participatory, multidisciplinary and international initiative designed to disseminate science, which seeks to inform the general public about the advances that are taking place in the field of nanoscience and nanotechnology while also encouraging youngsters to be creative. Consequently, nearly 200 youngsters aged between 12 and 18 were involved in the nanoKOMIK challenge, creating their own comic superheroine or superhero and providing them with nanopowers through the amazing properties that matter acquires on a nanometric scale. Based on the best ideas received, the informative comic ‘ Dayanne and Murillo. The Power of Nanoscience’ has been published. 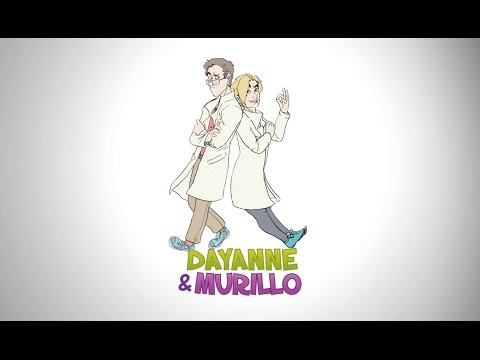 Dayanne and Murillo. The Power of Nanoscience

The educational comic compiles the most original ideas submitted by the youngsters who took part in the challenge. The illustrator Hodei Iparraguirre and project coordinators Itziar Otegui (nanoGUNE) and Amaia Arregi (DIPC) participated in production. The complete work is available under a creative commons licence in Basque, Spanish, French and English in print versions and in digital form on the www.nanokomik.com website. Moreover, the Dayanne and Murillo stories will be reissued in the Jotdown Kids magazine over the coming months.

The presentation of the comic book was held within the framework of the official opening of the project’s itinerant exhibition which, apart from the comic itself, includes the most outstanding works entered in the challenge. This exhibition can be visited at the Carlos Santamaría Centre in Donostia-San Sebastián until 30 December.